Advantages of a gap year

When my son started senior year, he wasn’t into the intense college admissions game that preoccupied a lot of his classmates. He wanted to pursue a college degree, but he was burned out on school.

I can’t remember who first raised the possibility of a gap year — him or me — but it immediately seemed like a good idea. He relished the prospect of a break from studies while at the same time having a chance to prove his capacity for independence before embracing the demands of college.

There was a condition, though: first his dad and I wanted him to be admitted to a college that would agree to defer his enrollment. With that incentive, he completed his applications, was accepted, and a gap year lay ahead inviting personal discovery and exploration.

The nine months my son spent doing volunteer service in Peru and Belize turned out to be a more positive experience than we ever dreamed. He returned a more mature and responsible young man, with renewed passion for academic pursuits. A growing body of research on the gap year experience suggests that such effects are typical.

Why take a gap year?

Long common in Europe and Australia, a gap year between high school and college, or even during college, is an increasingly popular option for North American students. Data assembled by the American Gap Association (AGA) shows roughly 30-percent growth each year in the number of U.S. students taking a gap year since 2006. Research indicates that students who take a gap year demonstrate increased academic performance, an enhanced sense of direction in career choice, and higher job satisfaction after graduation.

Yet it may be the less-tangible developments fostered during a gap year that are most valuable. Gaining a stronger sense of personal identity, cultivating an understanding of other people, places and cultures, and learning how to adapt and be self-reliant are common outcomes of the gap year experience. Similarly, the AGA observes that taking a structured gap year “serves to develop some of the non-cognitive skills that current research are showing predict success better than IQ, [such as] motivation, optimism, grit and conscientiousness.”

We certainly observed this in our son. Some of the challenges he tackled were practical, such as navigating public bus travel in rural Latin America or extending his tourist visa. Some involved safety, avoiding being robbed and learning to drive a motorcycle on rugged roads in the Andes. Other aspects of his time abroad took him into deep realms of reflection. There was no doubt in my mind that he learned more in many respects than he would have in a conventional first-year university setting.

As the number of students taking a gap year grows so, too, do the opportunities for gap-year pursuits.

Gap Year Fairs give students and parents a chance to talk with program representatives.

Your student’s high school guidance counselor may be able to offer advice and recommend programs.

Travel has long been a popular choice, whether an unscripted backpacking foray through Europe or Asia or organized programs that chaperone students on round-the-world odysseys of discovery. International travel, or even extended travel within the regions of the U.S., offers a chance to see oneself and one’s own cultural context through new eyes.

Volunteer work is also appealing. In my son’s case, we put some parameters around his gap-year prospects, insisting that he spend time in a Spanish-speaking country where he could gain fluency and that he engage in volunteer work rather than simply traveling about on our limited pocketbook. We felt that a significant advantage of a gap year was a chance to focus outwardly as well as inwardly.

My son, whose career interests are in visual journalism, helped design culturally sensitive educational materials for indigenous schoolchildren in the Peruvian Sierra, which he then took to remote villages, capturing photos in the classroom to document the joyful receipt of the NGO’s efforts. In Belize, he lent support to a microfinance program, delivering donated sewing machines to seamstress cooperatives around the country and driving volunteers in an old VW with the passenger door wired on.

A gap year can also provide a chance to gain valuable professional experience in a field of interest, whether through an internship or paid employment. If finances are limited, working abroad in any capacity — for example, as a nanny, English-language tutor or seasonal resort staffer — can offer an affordable cross-cultural experience.

Whatever a student’s interest, there seems to be a program that caters to it, whether it’s health care, international business, art history, environmental advocacy, service learning or more.

Parents should be aware, however, that many formal gap-year programs are as expensive as college tuition. In our case, we weren’t up for “the five-year plan” in terms of college costs so it was imperative that our son’s gap year be affordable. Rather than participate in an organized program, he made individual contact with the two non-profit organizations he subsequently volunteered with, living with a host family for the first semester in Peru and moving among several projects in Belize during the second half of his year.

Though the gap year idea used to be little known in the U.S., that’s changing rapidly. Many colleges and universities allow and even encourage students to pursue a gap year, granting deferred admission and sometimes even holding scholarships.

Not all schools are on board with the concept, however, so it’s crucial to do the research before making a gap-year decision. Some schools require students to reapply if they’ve been admitted and then decide to take a gap year. Others may defer admission but do not defer scholarships or financial aid. In most cases, the FAFSA must be completed for the year the student will actually enter university studies.

If your student is considering a gap year, it’s best to talk directly with an admissions officer at the college he hopes to attend. You can also consult the AGA’s list of University Deferral Policies for Gap Years. It’s not comprehensive but does include a wide selection of schools.

Did you enjoy reading this article? Sign up for UniversityParent’s new High School Parent eNews and purchase the Guide to Supporting Your Student’s Freshman Year for a preview of what’s ahead. You can also add to the discussion and get feedback from fellow High School parents by joining our High School Parent Facebook group. 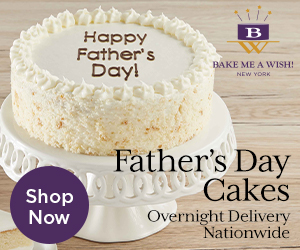